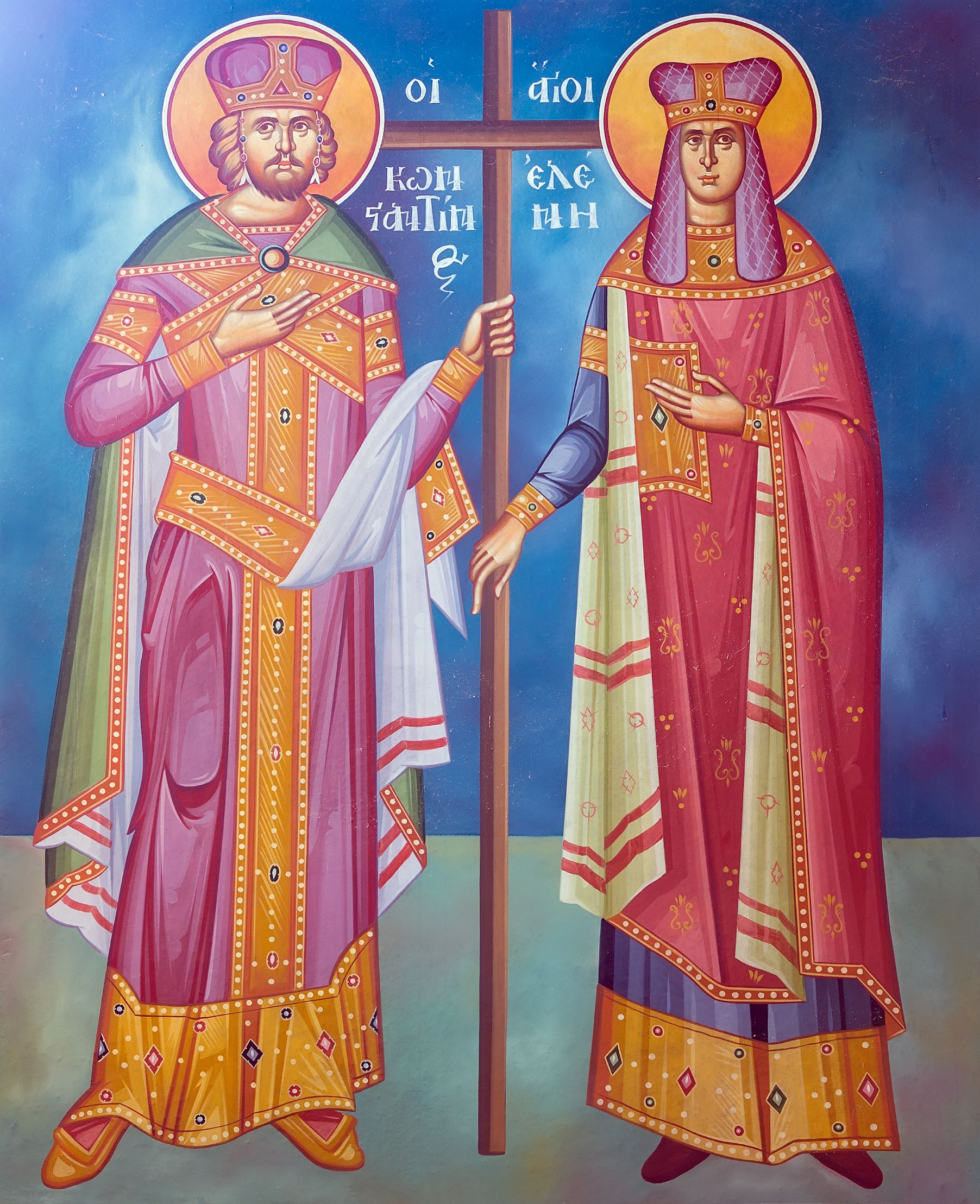 Who was Constantine the Great?

Constantine was a Roman Emperor. During his reign, freedom of religion was established and the Christian faith was promoted, which until then had been persecuted.

Saint Constantine (celebrated on May 21st) is one of the most popular saints of the Greek folk worship tradition, as evidenced by the large number of churches, both parish and chapels and chantries, which are dedicated to him, but also the rush of the Greeks in its local festivals. It should be noted that many of the festivals in honor of St. Constantine are accompanied by bloody sacrifices carried out in his memory.

Specifically, the celebration of St. Constantine by the Greeks is associated with other interesting beliefs and events, in addition to the popular sacrifices of bulls or other animals, such as, for example, that during his hootenanny, a magical grass falls from the sky, which can turn metals into gold. Also, there was a prevention that on his name day, people should not go out in the sun, as their skin would become full of scars.

What are some customs for St Constantine and Helen Name Day?

In ​​Kozani, Saint Constantine is honored as a protector from infectious diseases, while his name day was considered a great holiday in Asia Minor, where, in fact, processions once were performed to provoke rain for the crops. Also, on the name day feast of St. Constantine, a performance of traditional sports and dances is witnessed. In Sinaso, Cappadocia, children dressed casually and used to visit the village houses singing, in order to cause rain for the crops, taking back gifts like eggs and roasted chickpeas. [M. G. Varvounis, Professor of Folklore at the Democritus University of Thrace]

Who was Saint Helen?

Saint Helen was the mother of Constantine the Great. She was born in Drepano of Bithynia in the middle of the 3rd century AD. About twenty years after her birth, Eleni met Constantius Chlorus, an official of the Empire, whom she married in 270, under a special law, which allowed the marriage of officials with women of popular origin. Constantius was a relative of Claudius, who reigned before Diocletian and was hired by Diocletian. The child of Helen and Constantius was Constantine, the later monarch of the Roman Empire, whom Saint Helen gave birth to in Naissos of Moisia (Nissa, Serbia).

What are some traditions for St Constantine and Helen Name Day?

Out of all traditions, there is a unique worship custom, called Anastenaria, which is associated both with the name day of Saint Constantine and Saint Helen (May 21st). Ecstatic dance and fire walking of those who participate, men and women, are its main features.

Anastenaria used to take place in an area of the province of Sozoagathoupolis in Northeastern Thrace, which is surrounded by high mountains and it was difficult to communicate with neighboring areas. The center of this customary event was Kosti, the largest village in the area.