Learn Greek for free with this great online guide and use it in your everyday life while traveling around Greece. 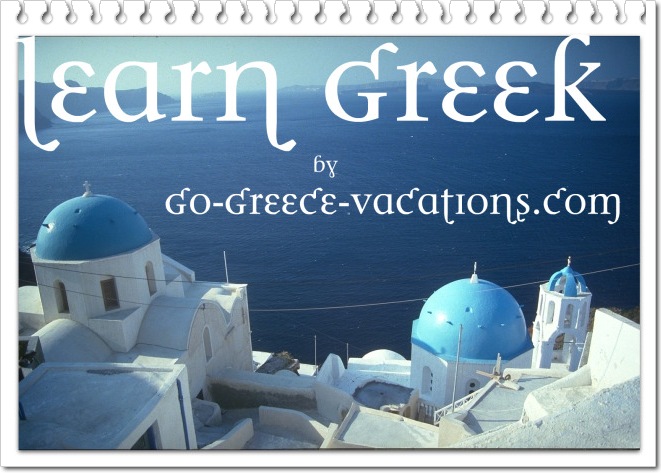 The most astonishing thing about Greek language is its power of survival. The Greek of Homer is to modern Greek (a 28-century span) what the English of Chaucer is to modern English (a 6-century span) . For many centuries people were assumed to be Greek if they spoke Greek. Even today, if you speak it somewhat easily, the feeling remains that you must somehow be Greek.

While Greek language is deeply entwined with national identity, a traveler can get by with no Greek at all. English is being taught as a second language in schools, with most of them and especially people who want to get ahead in the tourism industry, going to special private language academies.

Despite the daunting look of Greek it is easy to learn enough to read a street sign and to say good morning or thank you. You will seem much less terrifying to the Greeks, and they will seem much friendly to you.

The alphabet is a beautiful, fun to learn and helpful to know. With a little imagination you might be able to make out menus, some newspaper headlines, and many signs.

First a few basic words and phrases that will help even on a brief visit (accent marks indicate the stressed syllable):

Learn Greek - Getting Around