Corinth and Mycenae in Peloponnese

Fans of obscure military history recognize the Peloponnese as the centerpiece of the eponymous war that played out in the early 5th century BC between Athens and Sparta.

But the rugged peninsula, which divides the Aegean and the Ionian seas, is known for much more. 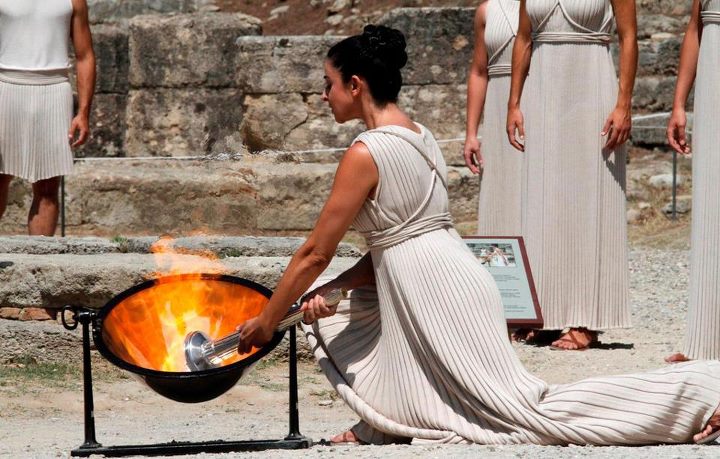 Although long renowned for its architectural treasures and viticulture, the Peloponnese has come into its own in recent years as a beach destination and adventure travel hub, especially the intricate cluster of mountains that resides at the center of the peninsula.

Rising the to a height of over 2,400 m, the mountains of the Mani region are ripe with opportunities for climbing, camping and tracking, while the Alphios river is ideal for white water rafting and kayaking.

The peninsula is also the home of the famous Kalamata olive, which takes its name from Kalamata, the second larger city in south Peloponnese. When preserved and eaten whole, the large black olives are rich and have an almost meaty texture; both black and green olives are also pressed into a fine extra virgin olive oil which is exported worldwide.

Other local treats include rose-petal jam and cured pork. Meanwhile, the northern Peloponnese area is regaining appreciation among wine connoisseurs for its red vintages and ambrosial white dessert wines that complement Greek cuisine.

Nearly everyone who visits the Peloponnese arrives via the narrow Isthmus of Corinth, which separates the peninsula from the Greek mainland. The isthmus is dissected by the man-made Corinth Canal, one of the wonders of the 19th century engineering. 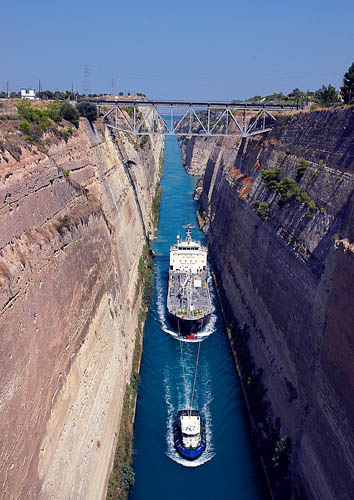 Completed in 1893, the canal is only 21m wide. Although too narrow for many modern cargo ships, it remains a popular maritime route between the Aegean and the central Mediterranean.

Both landmarks take their name from nearby Ancient Corinth and its acropolis the Acrocorinth, where the temple of Aphrodite resides. One of the Greece’s most impressive cities of antiquity, Corinth became a rich city-state under Roman rule in 146 BC. Flush with wealth, the population grew to nearly a million people.

The ancient city was also reputed for its decadence. Its inhabitants were known to have watched mock sea battles in the giant amphitheater, shopped in the sprawling Agora, worshiped at the stunning Temple of Apollo and partied to such an extent that St Paul condemned them in his gospels.

After the original Corinth was destroyed by an earthquake in the 1850s, a new version of the city arose on the nearby coastal plain. Located at the junction of the eponymous isthmus, canal and gulf, modern Corinth is a natural transportation hub as well as an industrial center of no small repute, known for its petrochemicals, food processing and construction materials.

When the Proastiakos (suburban) light rail network linked to the city directly to Athens in 2005, commuting between Corinth and the capital became more convenient, a factor that will no doubt spark even greater growth in years to come.

South Corinth is another treasure of Greek archaeology-the ruins of ancient Mycenae. This fortified hill town was one of the fulcrums of Greek civilization, whose origins are closely linked to the mythical Perseus, the son of Zeus and Danae. 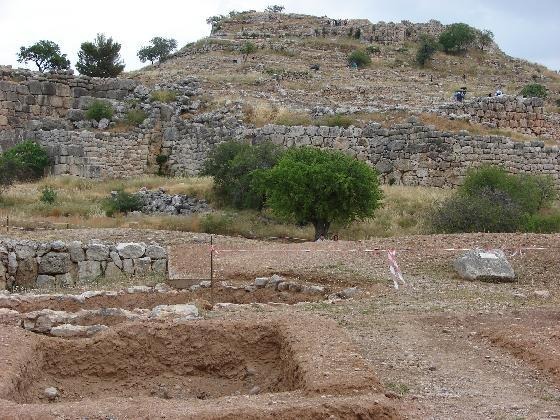 Evidence of sprawling palace ruins suggest that Mycenae was a powerful kingdom during its time, whose rules spanned four centuries.

However, with its demise in 1100 BC, the settlement lay forgotten in history and was only rediscovered in 1874 by the noted German archaeologist Heinrich Schliemann.

Escavations have uncovered a royal palace, ceremonial gateway and various tombs from which gold was unearthed.