Greek cuisine has a unique flavor. During your stay in Greece you will be pleasantly surprised by culinary specialties. Moussaka, souvlaki, Greek salad, is all most people know about Greek cuisine.

However, you will discover that Greek cuisine comprises of a large variety of dishes fully meeting the culinary appetites of meat-eaters and vegetarians.

This is not surprising considering Greece is the country where symposiums originated and the homeland of the Epicurean philosophers. Archestratos wrote the first cookbooks in history in 330BC reminding readers that cuisine is a mark of civilization. Greece has a gastronomic tradition of 4,000 years.

However, like most national cuisines, Greek cuisine was influenced by neighboring countries, from the East and West.

Greek cuisine is very unique because it combines the following features: unique ingredients, Greek dietary habits, the custom of making a meal a social event, and the pleasant atmosphere of Greece. 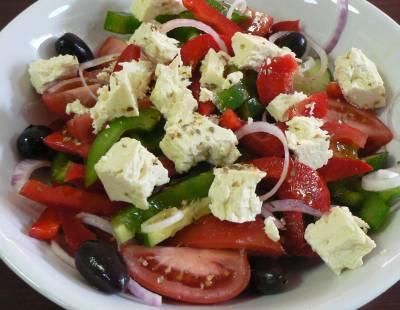 It has four basic ingredients: good fresh ingredients, the proper use of aromatic herbs and spices, the famous Greek olive oil and simplicity. It accompanies nearly all Greek dishes. It is usually used in large measures.

Greece has high quality, healthy olive oil. The artificial cultivation of vegetables is not widespread yet because of the mildness of climate. Most vegetables are cultivated in a natural way, preserving their aroma and taste.

You will be delighted by the taste of Greek tomatoes, cabbage, onions, carrots, parsley and garlic, not to mention Greek fruit, such as, grapes, apricots, peaches, cherries, melon and watermelon, figs and much more.

The aromatic herbs, which most Greeks pick in the mountains or the country, have a unique flavour, aroma and therapeutic qualities. You will be delighted by the intoxicating aroma of oregano, mint, thyme and rosemary, used in a large variety of traditional Greek dishes. Meat has also a unique flavour because sheep and goats graze in open fields, and greasing meadows are verdant.

The Aegean Sea and Ionian Sea, are clean and abundant in fish. Fresh grilled fish in charcoal is a specialty in Greece.

Greeks fanatically preserved the custom of gathering around the family table to enjoy a meal or various appetizers called mezedes, with ouzo, wine or raki.

Having a meal with friends at home or at a restaurant or a taverna is a deeply rooted social habit. 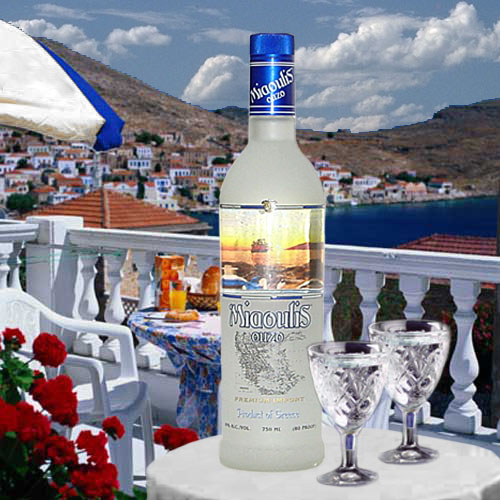 Food is prepared according to fundamental rules.

Good amateur cooks enjoy great respect in their social circle, while a good housewife in Greece means a good cook as well.