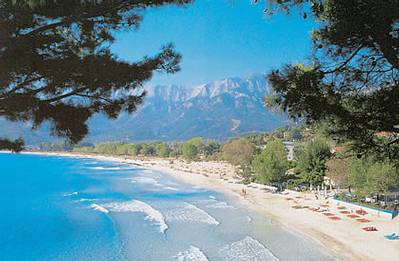 The beaches of Thassos Island are usually fine sandy beaches with Crystal clear water. One of the characteristics of the beaches on Thassos is that they are surrounded by some of the most beautiful landscapes. Many of the beaches have amenities such as sun beds, umbrellas, taverns, and bars.

Today, Thassos Island is a part of the Kavala prefecture and is the southernmost and the easternmost points in the prefecture. Under local government reform in the late 1990s, the entire island became a single municipality.

Thassos is served by ferry routes to and from Kavala and Keramoti. The latter is a port at the eastern portion of the prefecture, close to Kavala International Airport, and has the shortest possible crossing to the island.

Some of the most beautiful beaches of the islands are Limenaria, Tripiti, Skala Rachoni, Skala Prinos, Livadhi, Roso Gremos, Chrissi Amoudia, Alyki , Psili Ammos, Astris and other.