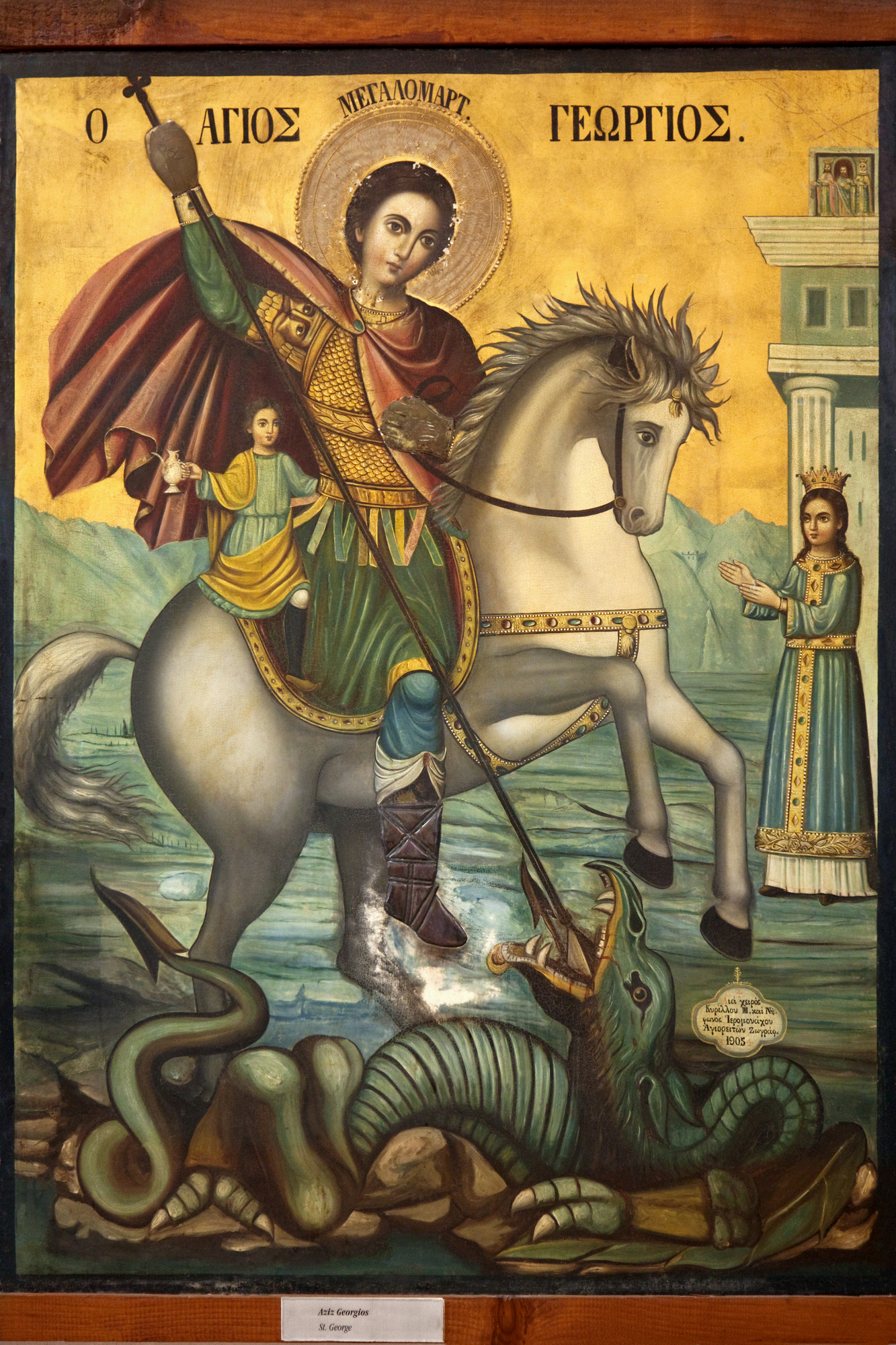 Who was Saint George?

St George Day - Saint George lived during the reign of Emperor Diocletian in the late 3rd to early 4th century.

He came from Asia Minor (Cappadocia) and was a descendant of an aristocratic family and an officer of the Roman army.

In 303 AD, when the persecutions of Diocletian began, George did not hesitate to confess his Christian faith, provoking the fury of Diocletian, because he held a high post and was his beloved one.

He initially promised him wealth, land and slaves to convert him and when George refused, he subjected him to numerous horrible tortures.

The Christian tradition describes that after he was lanced, his flesh was torn with a special knife-wheel.

He was then thrown into a pit of boiling lime and then forced to walk in hot metal shoes. According to the Christian tradition, God miraculously kept him alive from all these trials.

George was finally martyred by beheading, on Friday, April 23, 303 AD.

What are some customs related to St George Day as celebrated by the Greek Orthodox throughout Greece?

2.    Olvio, Xanthi: Custom of pechlivanides revival. Young wrestlers (pechlivanides), wearing leather pants and anointed with oil, engage in a kind of Greco-Roman wrestling, also popular in Turkey. The winner is the one who forces his opponent on his back or take off his pants. The custom is said to have come to Greece from Constantinople’s refugees and represents the St. George’s battle with the dragon.

3.      The same custom is revived in Anthi, Serres. Its roots reach the years of Ottoman rule, when the brave lads of the village, after receiving the blessing of St. George, fought with the henchmen of the Turks and managed to defeat them.

4.      Neo Souli, Serres: The young people of the village represent the victory of St George over the dragon. The "Dragon Slaying" event gathers a lot of people every year. This is followed by a dancing celebration, wine and traditional food.

5.      Kalliopi of Lemnos, Plati of Messinia, St George of Messolonghi: Improvised horse races are held in honor of the Saint.

6.      Arachova, Boeotia: Honors its patron saint with three-day events, the "Panigyraki" (little fest), as the locals call it. This includes pageants, traditional games, local dances and traditional music. The icon of St George, during its procession, is accompanied by young men and women in local costumes.

7.      Asi Gonia, Chania: Stock breeders of the area teem the church of St George with their herds to receive his blessing. The animals, adorned with the most melodic bells, are corralled outside the church and milked one by one.