Rethymno Island is the third largest town in Crete with about 25.000 inhabitants. Once in Rethymno, 23 km west along th national highway from Panormos, you enter a different part of Crete, which decidedly richer vegetation and a slightly wilder atmosphere.It is a purely livestock prefecture, supplemented by its local agricultural produce, such as olive oil, edible olives, carobs and aromatic plants. Having also purely personal characteristic feature, Rethymno is the seat of administrative , judicial and other public services.

From a distance Rethymno has a strange profile, marked with minarets, its Fortezza(Venetian fortress), and a subtle decline into the sea. In Venetian times it was noted for its poets, writers and painters. The Rethymniots still have a character that is less frenetic than that of the Chariots to the west and yet different as well from that of eastern Cretans. Rethymnon geography is not marked by extremes, and access to the Libyan Sea to the south is not difficult.

The layout of the Rethymno Island has been exploited rather mercilessly in the past few years. The harbor area to the west and against the Fortezza meets with a wide beach in the town itself. It is unfortunate that most of the old Venetian fronts are now almost unrecognizable. That is not to say you should neglect Rethymno: The western part of the town is quite and it has many notable buildings. More than 600 Venetians houses mark the western part of Rethymno. Many have been restored and have had Ottoman facelifts with the interesting addition of wooden extensions or superstructures with lattices, behind which Muslim women could sit looking out into the streets from the seclusion of the harem.

The present city has been built on the location where the ancient town of Rithymna, pertaining to the Post-Minoan period III, had existed. As a principal town, it appears in the period of Vetocracy on the island where the conquerors, willing to protect the port, to which their galleys used to take refuge,as well as the inhabitants, in the event of a capture, from enemies, they obligated the inhabitants, in 1573, to construct a fortress. The fortress was built on a hill called Paleokastro, the present Forteza or Fortezza whichm on 4th November 1646, surrendered ingloriously to the Turks. After having been organized by the Venetians into a major town, Rethymno acquires splendor and its exported products reach Europe and Asia.

Advancing from the venetian harbour eastwards, is an extended beach, about two kilometers long, where swimming can be enjoyed. All along this beach there are many hotels, rooms to rent and tavernas serving delicious Cretan dishes.

There are two nice camping sites in the region of Missiria. From Rethymno up to Skaleta there extends the largest sandy beach in Crete, 12 km long. On the westwards, the sea-side is rocky and cliffy and it takes a distance of over 10 km for another also sandy beach, a match for the first one, to appear again. In this particular area the tourist period lasts 7 months and , in many instances, 8 months. 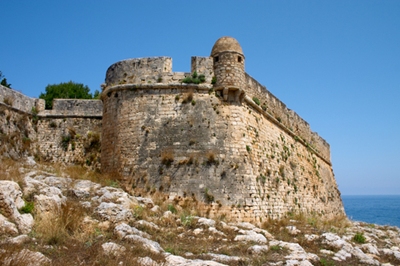 Rethymno has a tradition of good food, but avoid the restaurants in the larger hotels in favor of the local tavernas along the waterfront, especially on the far west side. Their carefully chosen fresh fish and fresh squid are matched by the quality of their wide selection of meats.

Shopping in Rethymno includes all of the predictable souvenirs as well as some local, especially Rethymniot, products. All along the Nicephorus Phocas Street are knife merchants as well as a number of shops that sell baskets and local handicrafts.

Accommodations in Rethymno are quite modest, as the town-enclosed as it is by the sea and old land walls, and limited by restrictions set by archeological authorities - has discouraged large tourist complexes. The more ambitious excursions out of Rethymno are a day trip southeast through the Amari Valley, with its Medieval churches, or a longer excursion to Moni Preveli on the south coast, out of which the road continues west to Frangokastelo and Hora Sphakion and than back up through the Imvrou Ravine to Chania. Quite apart from the scenery and wild undulating mountains, this part of Crete is rich in Byzantine churches and chapels that contain frescoes dating from the 13th to the 17th century.

The Amari Valley route is breathtaking, passing through rich, mountainous countryside along the western flank of Mount Kedros. If you are interested in seeing the churches here, it is best to obtain a good road map and do some homework, as they are often slightly off the beaten path.

The beaches surrounding the city of Rethymno and extending east wards offer for windsurfing. The tennis fans are given the chance to play tennis at the courts of the various big hotels. Available in the area are the swimming pool of the city's Propeller Club and a basket-ball ground.

Both inside and outside of Rethymno there are many and nice countryside entertainment centers, a lot of them offering cretan music. 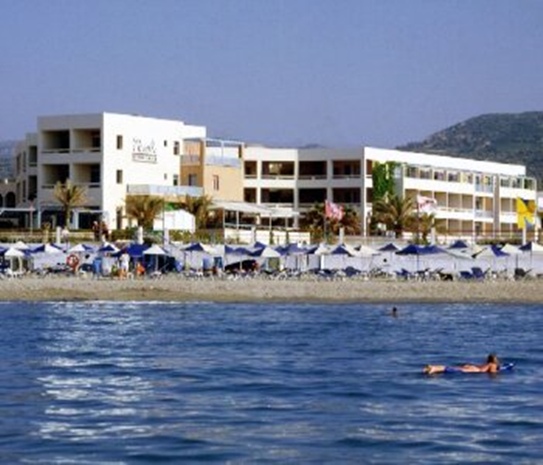 The best place to stay on the south coast and perhaps one of the finest accommodation on the island, is the Kalypso Cretan Village at Plakias, about 10 km west of Preveli. The Kalypso is a luxurious, self-contained resort with all the usual amenities-a good base if you want to enjoy the countryside and the sea.

From here it is approximately 30 km farther to Frangokastello, a small village of houses typical to this rocky region of Crete, with narrow doors and small courtyards. The main attraction is the squat Venetian fortress, one of the finest remaining buildings of its type on Crete. At Chora Sfakion, alive with tourism as the town is, it is impossible to imagine even remotely the days when ships from Libya and Alexandria stopped here to upload spices, textiles, perfumes, and the like, which where then transferred up the ravine by camel or donkey to Chania and Rethymno.

Here the direct influence of the Venetians is not so apparent and a tradition of building indigenous to the island has been maintained. 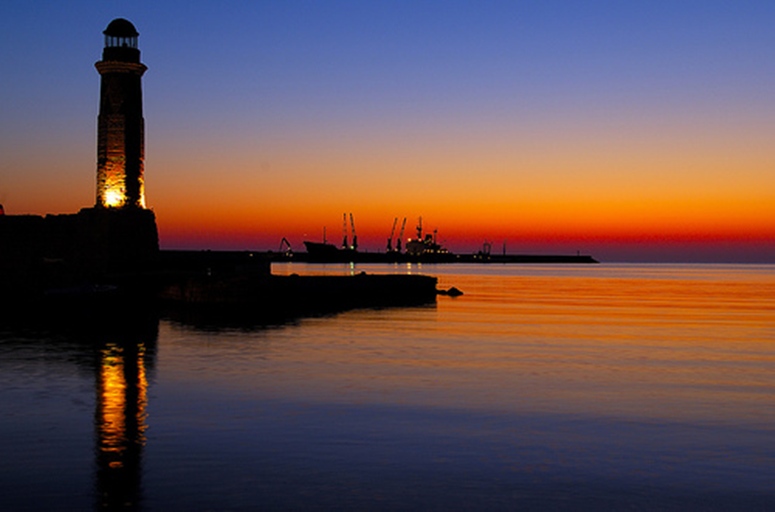 Chora Sfakion is the gateway to one of the least accessible parts of Crete, an area credited with many stories of near-mythical exploits on the part of its very proud and aloof inhabitants. It is claimed that this region , known as Sphakia, has never been conquered by anyone - which may be the case, but it's mostly by default, as there have been few attempts.

Sphakia also reportedly hosts vampires and myriad other supernatural beings that haunt and molest both the living and the dead. It is a natural fortress.

North of Sphakia the ascent is breathtaking and forbidding; it winds into the canyon-like walls of the Imbrou Ravine and up to the vibrant green Askifou Plateau. The village of Askifou has a few rooms for rent and some places serving truly local Sphakiot food.

Batis Hotel in Rethymnon Island Not rated yet
On Rethymnon coast, where the sea touches a long sandy beach, there is the Batis Hotel, a charming beach hotel of furnished apartments so comfortable as …