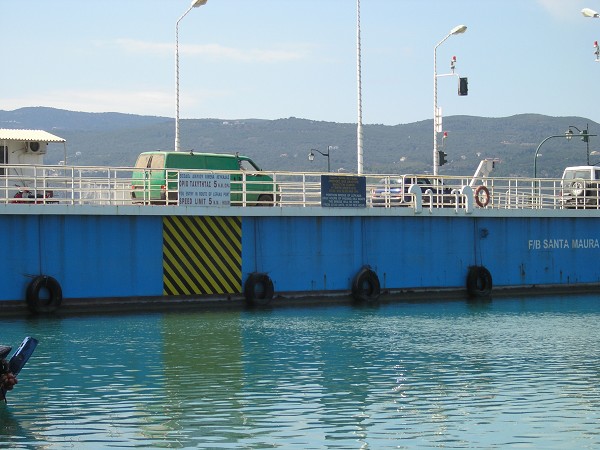 Many foreign powers have ruled Lefkada, and all of them have left their mark, both architecturally and linguistically. Today the island of Lefkada is connected to the mainland by a floating drawbridge, the town is down the causeway to the south. The wall now housing the lighthouse immediately to the north was built during the English rule of the Ionian islands. You can see the remains of the Turks causeway parallel to the modern causeway running south to town.

Despite earthquake damage, most recently in 1948, the town has a distinct late-Medieval appearance, although the busy artery of the main street, known as Agora, is becoming increasingly dotted with new storefronts. The upper floors of many of the houses are covered in sheet metal, often painted in pastel colours, to keep out the rain and humidity. This gives the town a rather ramshackle appearance that has its own quaint charm.

There are 34 extraordinary churches on the island, 19 of them in town, all built within a few years after 1684 when the Venetians expelled the Ottomans. Their simple elegant stone facades are Italianate, with no resemblance to the typical Greek Orthodox church, and their icons and frescoes are Renaissance in style rather than Byzantine. 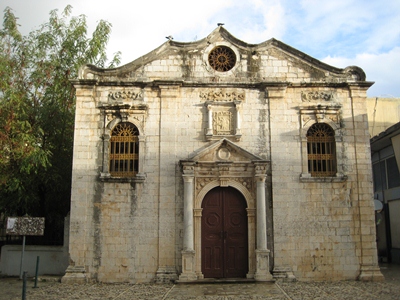 The oldest, Agios Spiridon, on a corner of the main square, was built on 1685. All of the churches suffered from earthquake damages in the 18th and 19th centuries and were reconstructed in their present from after 1830.

The most comfortable hotels in Lefkada town, all near the canal, including the large, pretentious Lefkas, and the Niricos, is lobby decorated with photos of old Lefkada. Both hotels are relatively new and offer clean, unadorned rooms with balconies with nice view.

Overall, Lefkada town is a genuine Greek market town, filled with shoppers by day and strollers at sunset. Its low, unassuming buildings and wide streets hardly give the impression of an island capital. It is peaceful and pleasant enough, but most visitors just give it a cursory look before rushing no to more picturesque spots. 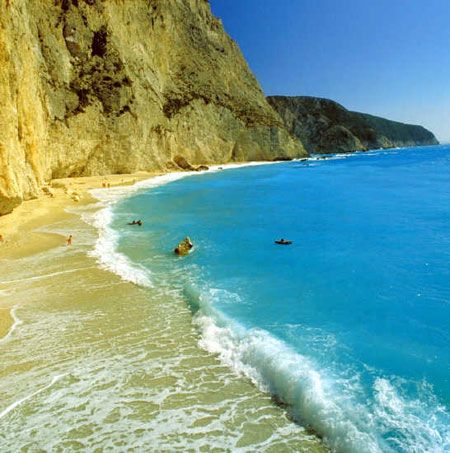 Lefkada is well known for its locally produced salami which is quite good but has more fat and pepper than most of other salamis. Mandolatois a locally produced sweet, much like nougat, which you'll find at stands along market Street. You might like to take home some of the delicate embroidery made by the island's women and sold in several stores along the Market Street, or Agora.

You need to be mobile on Lefkada. If you do not have a car, rent a small jeep, motorcycle, or bicycle in the capital or Nidri. Lefkada's incomparable beaches begin at the lighthouse and, because the road circles the lagoon, you can easily get to an unoccupied section of beach. The remains of several windmills are on the western edge of the Yira. The prevailing windmills that drove these windmills, still blows, so the northern coast is not much developed.

The highland is dotted with villages, many with houses dating to Medieval times.

A boat trip from Nydri around the Onassis island, Skorpios, and the smaller island of Madouri is a pleasant excursion. The cypress trees thrusting through the dense foliage on the rounded hills above the lagoon are reminiscent of-though even more romantic than-the Italian Riviera.

On no account miss the island of Meganisi, easily reached by boat from Nidri. Its three villages, Spartochori, Vathy, and Katomeri, are all equally picturesque and unspoiled, equipped with tavernas and rooms. The one hotel, Meganis, new in 1990, is a friendly family-run place situated between the port of Spartochori and the island village of Katomeri. For such a small island (despite its name which means big island), Meganisi contains extraordinary contrasts. Its east coast is intended by tranquil, olive rimmed coves, while limestone cliffs towering over turquoise waters make the west coast simply stunning.