With two ferry lines from Piraeus and with its proximity to Kos and its convenient airport, Kalymnos is easy to get to. The island basically consist of three long mountain ranges on a southeast to northeast axis, with two valleys between. The capital and port, Pothia, lies at one end of the valley between two mountains on the south coast.

At the other end of the valley, on the west coast, is a cluster of small resorts, including Myrties, which faces the offshore island of Telendos. Citrus plantations cover the second, parallel valley. The bare northern mountains reach almost to Leros.

Kalymnos has a strong traditional colour and the traveler can visit a number of fine traditional residences, built during the periods of prosperity of the history of the island. Among the most significant landmarks of the island is the Byzantine church of Agion Apostolon, probably built during the 10th century and decorated by unique post-Byzantine frescoes, and the small chapels of Panagia Kyras Chrostis and Archangelos Michail. They were both built during the 14th century and have a significant artistic interest.

Enjoy from a wide range of sports such as diving, swimming, rock climbing as well as cruises, tours and more. Kalymnos has for centuries been an island of sponge divers. The men would leave their homes after Easter and not return until the end of the summer. The process of the sponges is carried out locally and the final product is shipped to all over the world.

In recent years disease has almost eradicated the sponges, especially in the eastern Mediterranean, and the divers have had to find other means of livelihood. As a result, much money is being invested in providing accommodations throughout the island, and prices are very competitive and often negotiable.

Pothia is quite large and colorful and, though not particularly attractive, has a lively character. It continues well inland up the valleys and spreads around the bay, which is dominated by a huge cross-an indication of a very religious island. The number of large beautiful modern churches confirm this.

Visitors are surprised by the many lovely sculptures in the town and throughout Kalymnos, 44 in all. The museum is housed in the charming Vouvalis villa, donated by the owner, and contains the villa's original 19th century furnishings together with a small collection of archaeological remains found in various caves on the island. 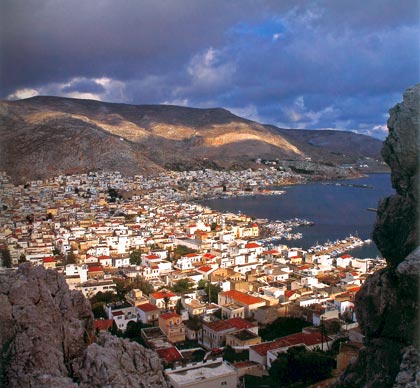 The coasts of Kalymnos are full of sandy and pebbly beaches. Some of them are fully equipped with sun beds and umbrellas and they provide multiple choices for seaside activities and games. The name of some beaches:

Buses run regularly from the cathedral in Pothia to Myrties and Massouri and continue three times a week to Emporio. The daily bus to Vathy also leaves from the waterfront near the cathedral. Taxi fares are by tariff or by agreement, and are usually very reasonable. 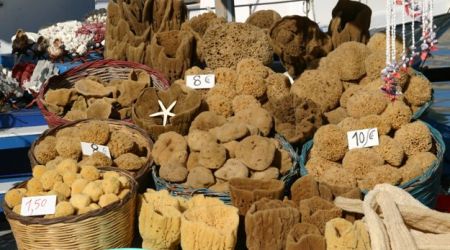 Afroditi Hotel and Studios in Massouri, Kalymnos, Not rated yet
Afroditi Hotel is only 5-8 minutes walking for the trails Grande Grotta, Mousses, Panorama, etc. See below the map with all routes. The hotel is …

Alpha Rent a Bike Not rated yet
Our company, Hatzilaou-Mamakas, was founded in 1947 by Georgios Hatzilaou and Dimitris Mamakas, whose families had to come to Kalymnos as refugees from …