2. Heat oil in a large frying pan and cook the onion until soft. Mix the cinnamon into the meat, then add this to the pan, breaking up the lumps and cooking for 5 minutes until brown and cooked through. Stir through the oregano, red wine, tomato paste and 2 cups of water. Reduce the heat and simmer for 45 minutes until the sauce has reduced and thickened. Season to taste.

3. Cook the pasta in a large pan of boiling water for 10 – 12 minutes until just tender. Drain and return to the pan. Stir through the mince sauce, then spoon into the baking dish.

5. Spread the bechamel over the pasta and bake for 30 minutes until golden, then rest in the dish for 10 minutes before serving. 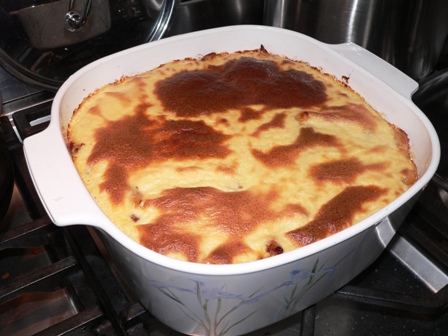 or the next Oven Recipe >>>